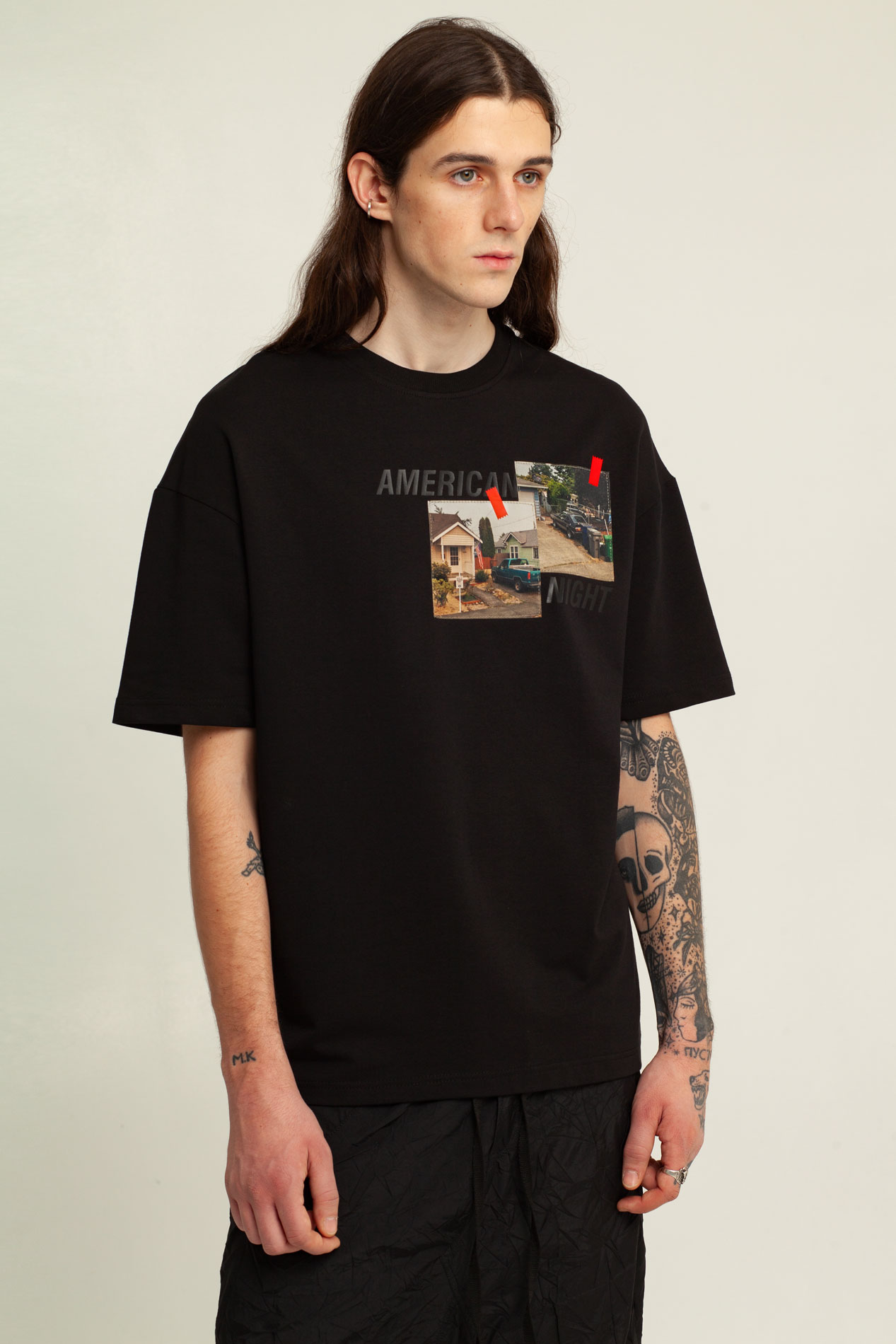 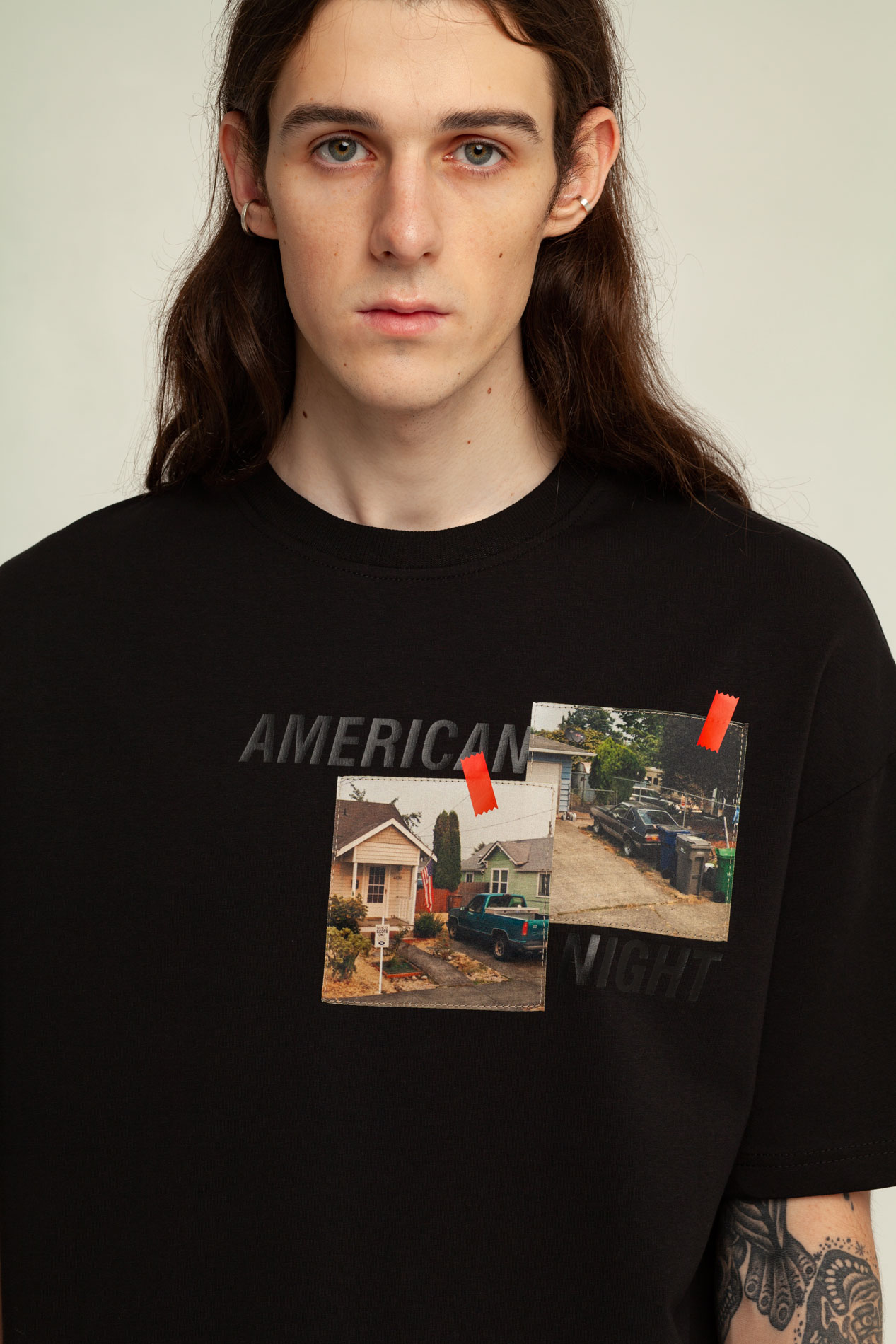 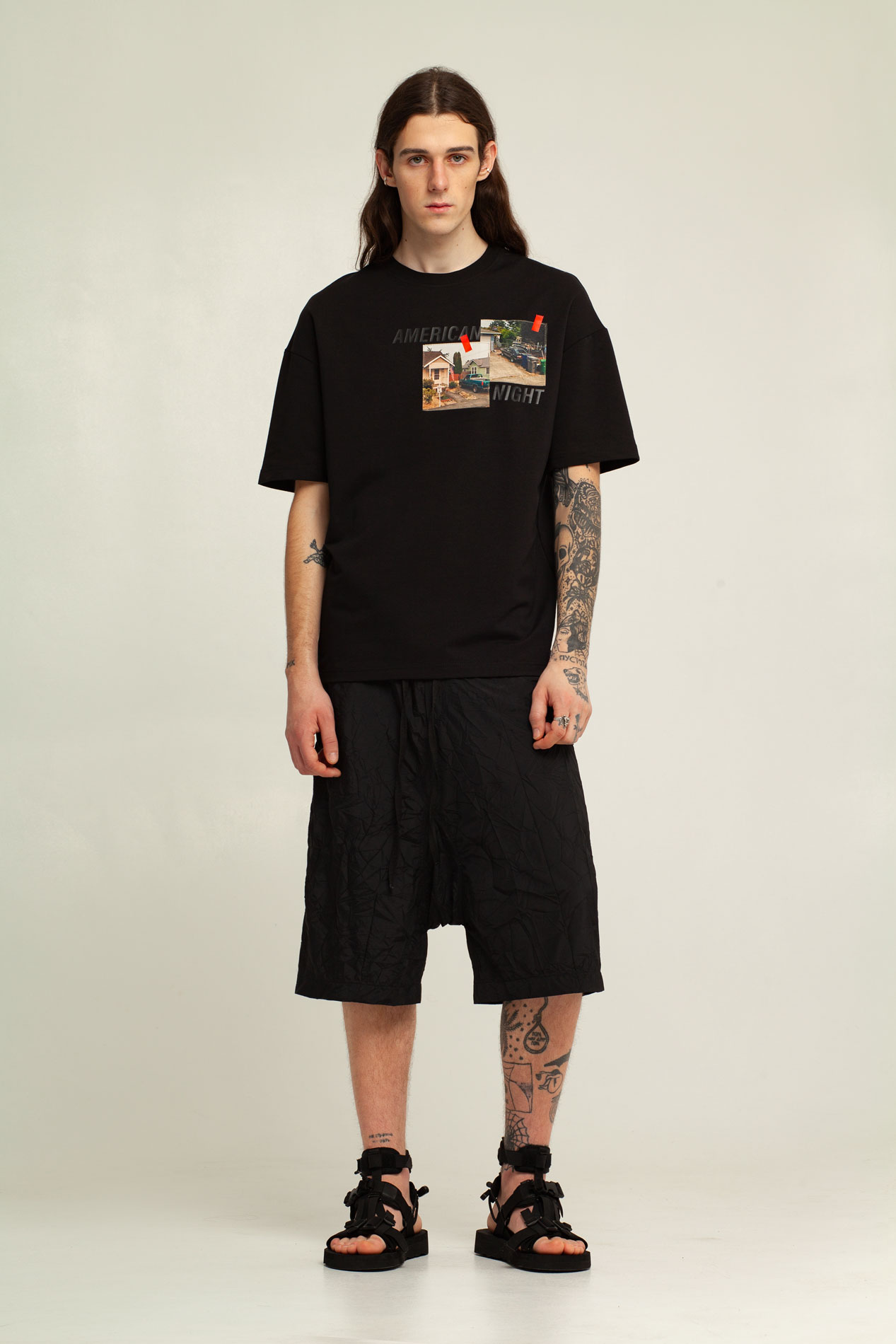 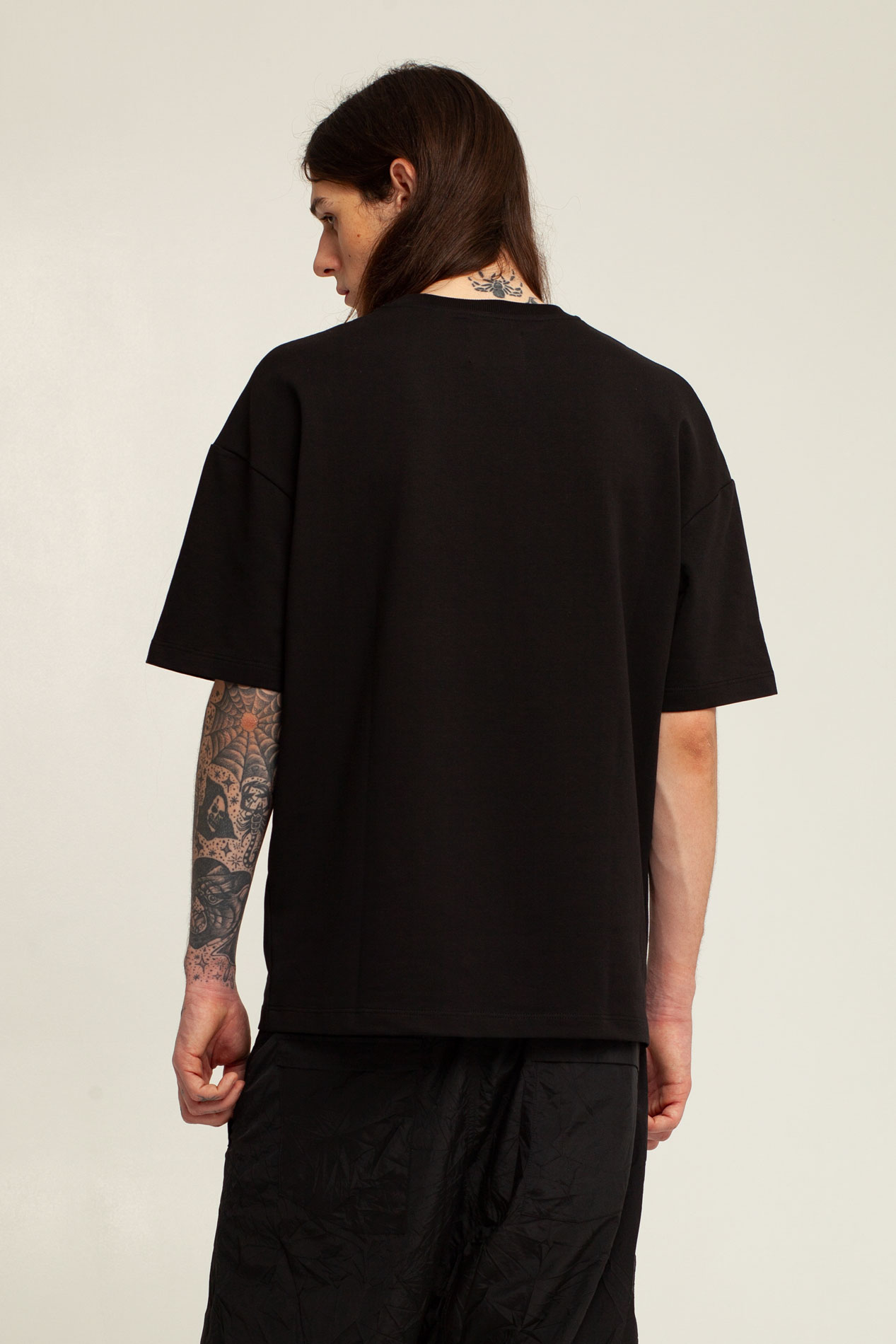 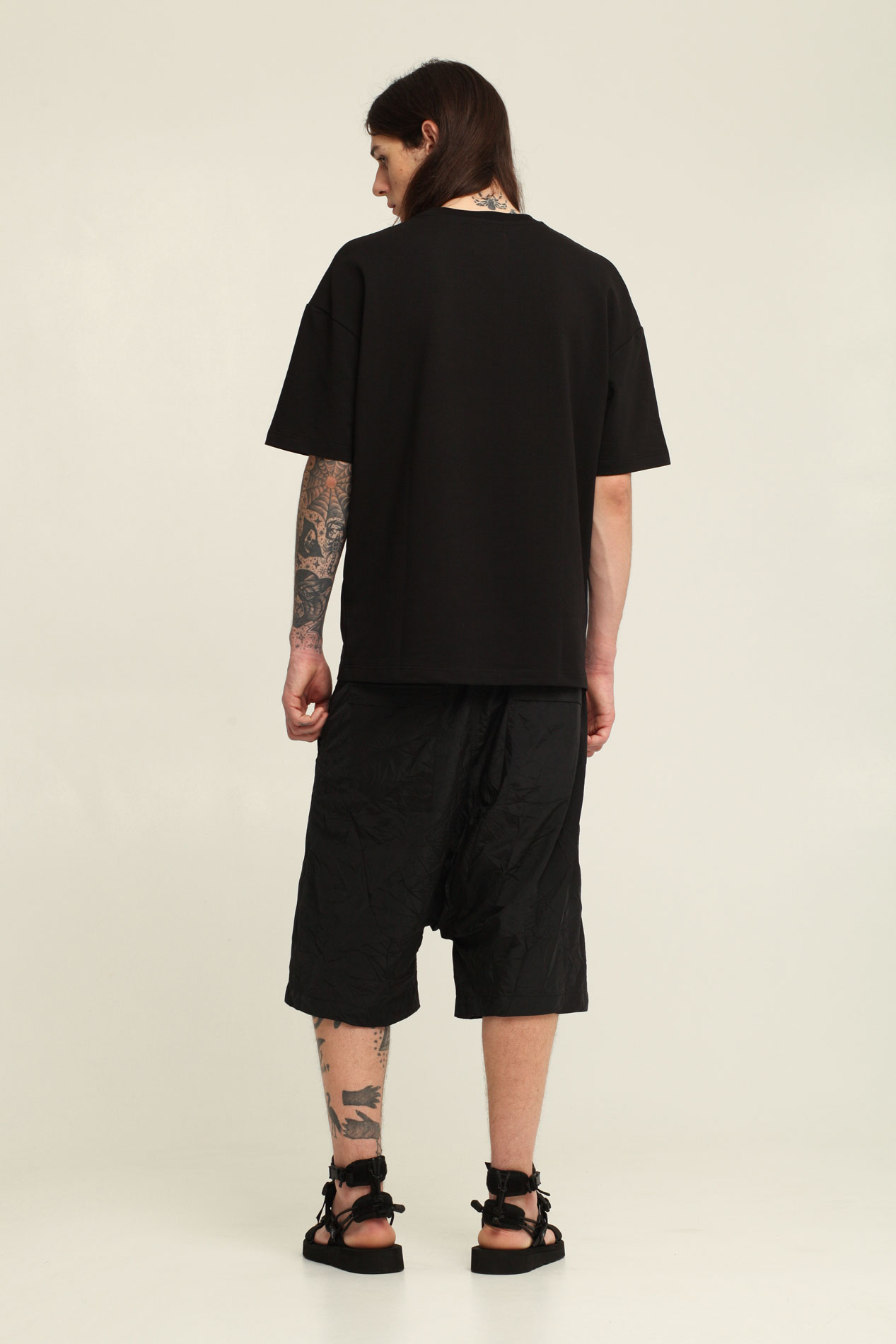 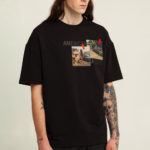 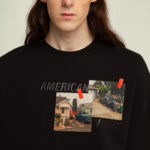 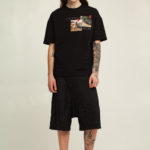 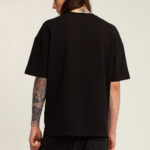 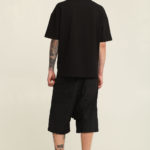 The cut of the T-shirt is originally men’s, loose fit, but it is also suitable for women as an oversize: a description of the fit can be found below.
The limited edition “American Night” has a mixed printing technique, the unique FINCH signature. This is an inscription and a two colorful patches created from meta-photos by designer Maksym Holub — mobile screenshots of Google panoramas, fixed with the Scotch tape imitation. Photos without a camera, travelling without travel: this is a continuation of a photo project by a designer who uses Google Maps instead of a camera and a vehicle, and is designed to explore the possibilities of digital methods to create a new reality.